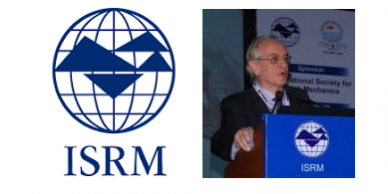 It is with deep sadness that we inform all ISRM members that our colleague and friend Prof. Giovanni Barla passed away on 17 November.

Giovanni was a very active member of our Society, former Vice President for Europe (1995-1999), ISRM Fellow (2013), Chairman of the ISRM Commission on Squeezing Rocks in Tunnels (1989-1999), Chairman of Eurock96 and frequent keynote lecturer at ISRM conferences including at the 14th ISRM Congress last September, among many other contributions.

Giovanni was Editor-in-Chief of the journal Rock Mechanics and Rock Engineering, former Professor of Rock Mechanics (until 2012) and Department Head (2003-2011) at the Politecnico di Torino, past President of the Italian Geotechnical Society (1997-2003), recipient of the IACMAG award for outstanding contributions, member of the Torino Academy of Sciences and a renowned international consultant. He was one of the most influential rock mechanics researchers of our times.

We will keep warm memories from him for his professional contributions and his friendship.

Our thoughts are with his wife and his close family, to whom we present our deepest condolences.