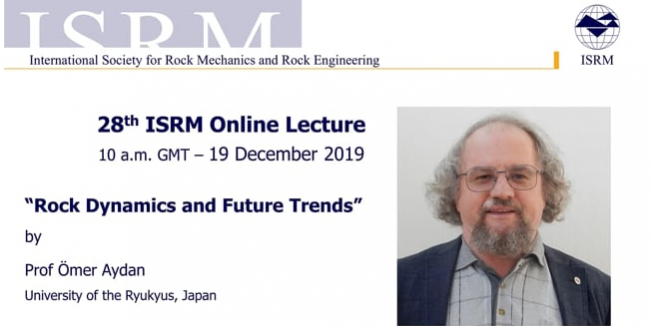 with the title “Rock Dynamics and Future Trends”

Aydan has played an active role in numerous International Society for Rock Mechanics and Rock Engineering (ISRM), Japan Society of Civil Engineers, Japan Geotechnical Society, Shinozuka Research Institute and Rock Mechanics National Group of Japan committees, and has organized several national and international symposia and conferences. He organized 2019 Rock Dynamics Summit in Okinawa, Japan during May 7-11, 2019 as a specialized conference of ISRM. He served as the Chairman of the Rock Dynamics Committee of JSCE for two terms between 2013 and 2018, and also as the chairman of Earthquake Disaster Investigation Committee of JSCE for two terms between 2005 and 2010.