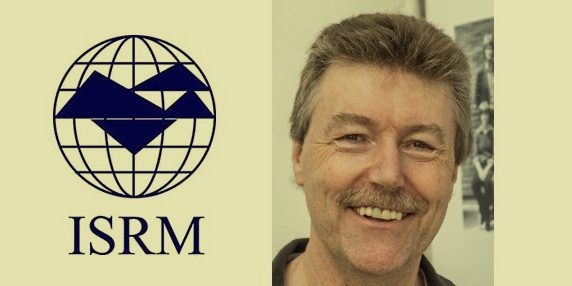 For the 27th ISRM Online Lecture the ISRM invited Prof. Derek Elsworth, from the Pennsylvania State University. The title of the lecture is “ Seismicity-Permeability Coupling in the Breaching and Sealing of Reservoirs and Caprocks ”.

Contemporary methods of energy conversions that reduce carbon intensity include sequestering CO2, fuel switching to lower-carbon sources, such as from gas shales, and recovering deep geothermal energy via EGS. In all of these endeavors, either maintaining the low permeability and integrity of caprocks or in controlling the growth of permeability in initially very-low-permeability shales and geothermal reservoirs represent key desires. At short-timescales of relevance, permeability is driven principally by deformations – in turn resulting from changes in total stresses, fluid pressure or thermal and chemical effects. These deformations may be intrinsically stable or unstable, result in aseismic or seismic deformation, with resulting changes in permeability conditioned by the deformational mode. We report experiments and models to represent the respective roles of mineralogy, texture, scale and overpressures on the evolution of friction, stability and permeability in fractured rocks, and their consequences on fluid production, containment and induced seismicity.

Derek Elsworth is a Professor in the Departments of Energy and Mineral Engineering and of Geosciences and the Center for Geomechanics, Geofluids, and Geohazards. His interests are in the areas of computational mechanics, rock mechanics, and in the mechanical and transport characteristics of fractured rocks, with application to geothermal energy, the deep geological sequestration of radioactive wastes and of CO2, unconventional hydrocarbons including coal-gas, tight-gas-shales and hydrates, and instability and eruption dynamics of volcanoes.