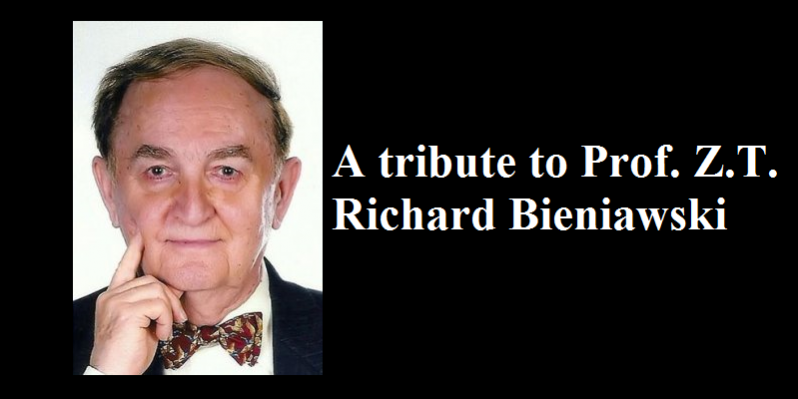 Prof. Richard Z.T. Bieniawski, died on 11 December 2017 at his home. He was born in 1936, in Krakow, Poland. He was one of the most prominent and influential rock engineering personalities of the 20th century.

Prof. Bieniawski was trained as a naval architect and marine engineer in Poland, graduated in South Africa as mechanical engineer and obtained a doctorate in mining and tunnel engineering. He invented a world-famous Rock Mass Rating (RMR) system used extensively today in rock engineering.

He taught for 20 years at the Pennsylvania State University and retired on his 60th birthday to Prescott, having become Visiting Professor of Design Engineering at the University of Cambridge, England.

The Rock Mechanics fraternity is poorer. At this time our thoughts are with his close family and friends. (ISRM)